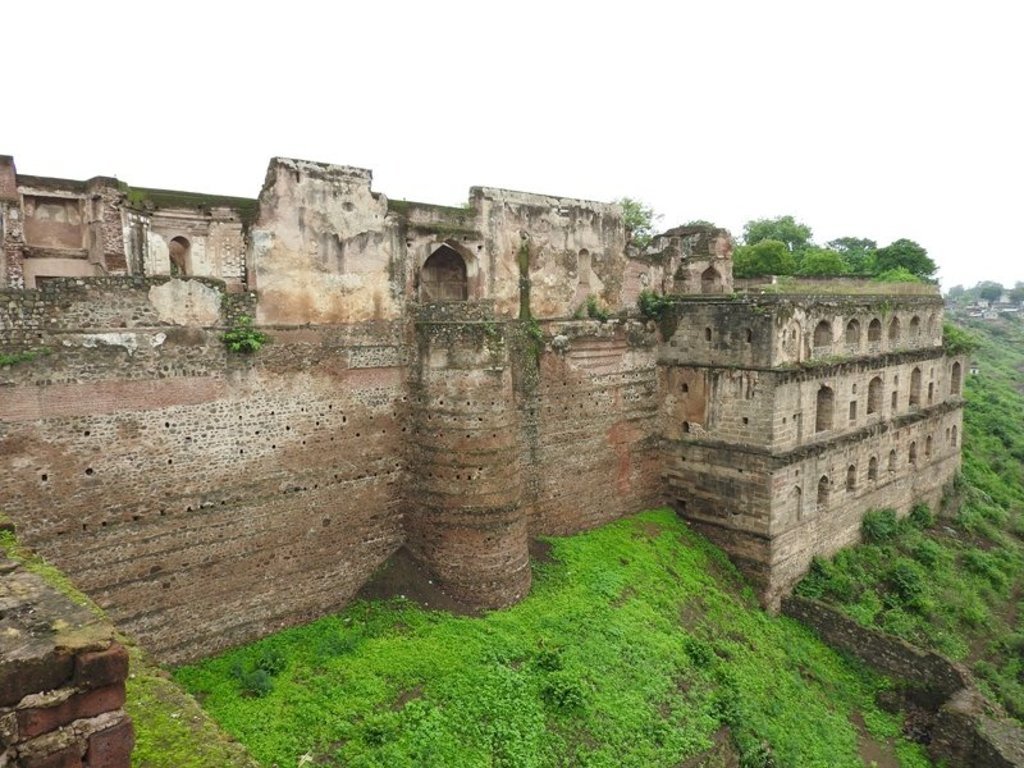 The Shahi Qila was a majestic palace in Burhanpur, located to the east of the Tapti River. History of the Shahi Qila states that it was originally built by the Farooqui rulers and resided by Shah Jahan, at a time when he was the governor of Burhanpur. Shah Jahan became so fond of the fort that it was here, in Shahi Qila that he establishes his court for the first three years of his ascending the throne.Shah Jahan spent a considerable time in this city, and helped add to the Shahi Qila. Diwan-i-Aam and Diwan-i-Khas were built on the terrace of the Qila. The main attraction at the palace is the hamam or the royal bath. It was specifically built for Shah Jahan’s wife, Begum Mumtaz Mahal, so that she could enjoy a luxurious bath in water scented with khus, saffron and rose petals. Hammam Khana was constructed during Mughal Period.

One of the amazing facts is that the Taj Mahal was originally supposed to have been built at Burhanpur. The site chosen for it still lies vacant near the tapti river. Mumtaz, in whose memory the Taj Mahal was built, died in burhanpur while giving birth to her fourteenth child.